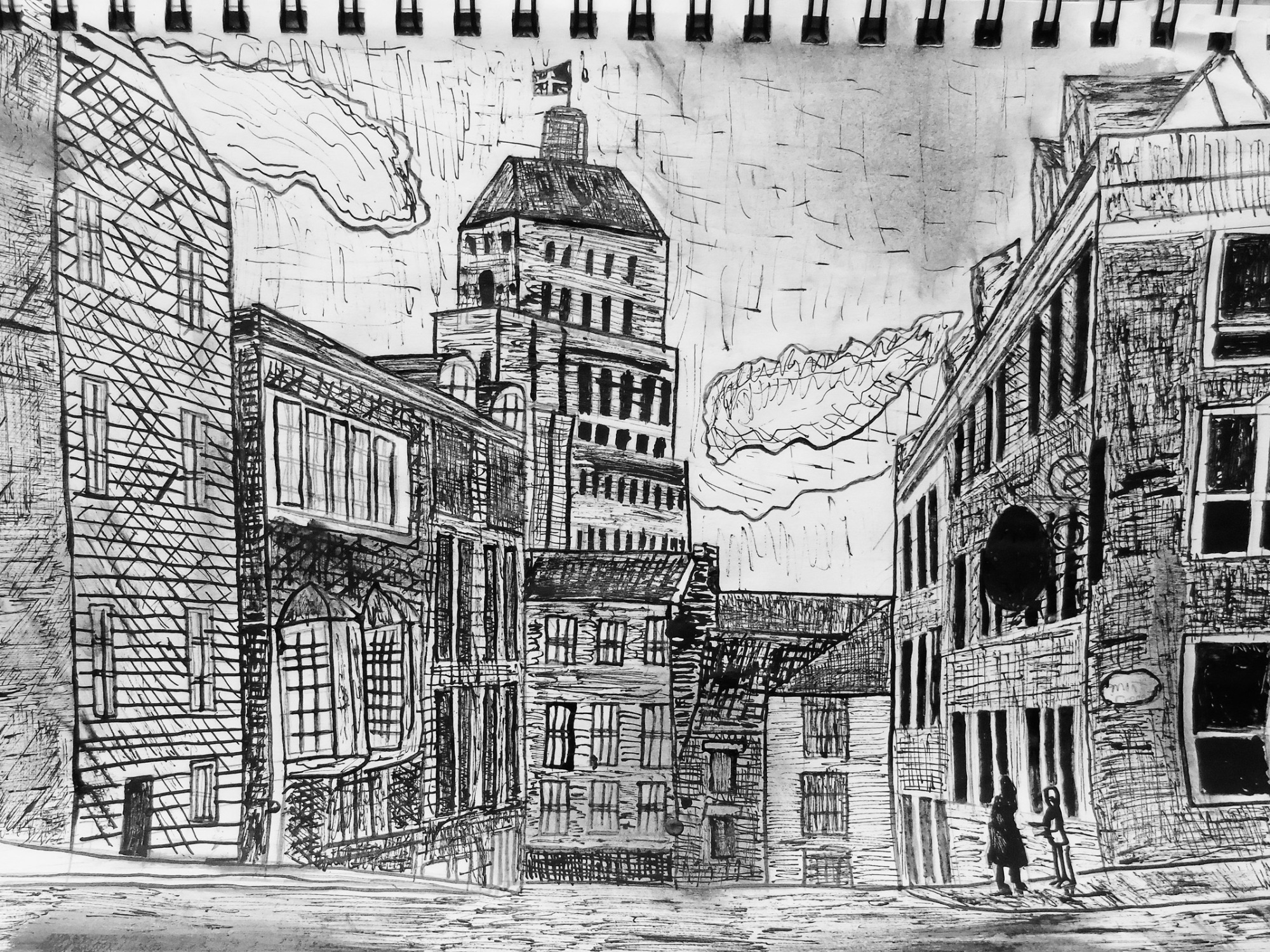 Here are some drawings I did from a trip I took back in 2015 to Quebec City. The architecture in the City is very old, with some of it dating back to the late 1600s. Quebec is actually one of the Oldest Cities in North America, and the only one left with Ramparts surrounding the old part of the city. The terrain is very hilly with with the escarpment running right through the centre of the city. Upper Town is at least 300 feet higher than the lower section which sits on the banks of the St Lawrence River. It is also home of the World Famous “Chateau Frontenac” and the Plains of Abraham where the French and British Troops fought each other in 1759.

This very hilly terrain makes for a real challenge with drawing since the windows on the buildings are going at a completely different angle than the streets.

Here are the drawings.

And here are the Photos.