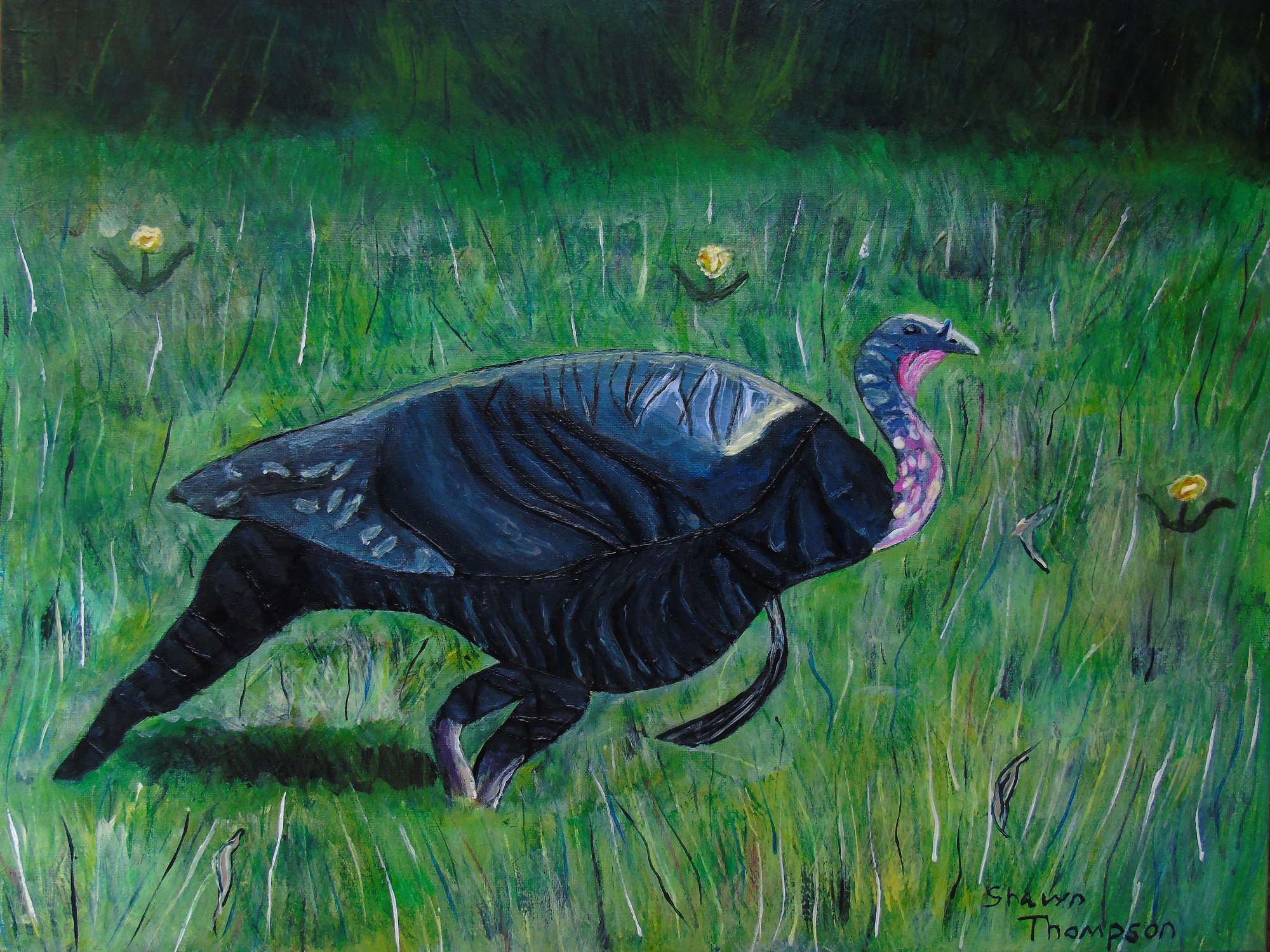 Here is a painting I created of a wild turkey, in this article I will show you the process I went through to create the painting as well as the finishing adjustments I made at the end. The painting is 18″x24″ and painted on a gallery wrapped canvas.

Here is the original photo I worked from. There are 2 other Turkeys right behind it, which I did not include in the painting. 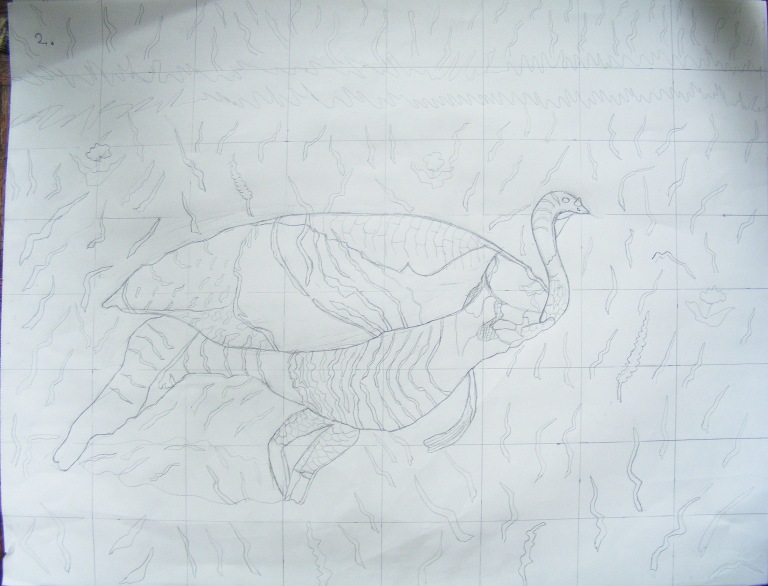 Here is the drawing I started with, There are several mistakes in this drawing which I would touch-up later. Such as the head being too small and the tail being too short. 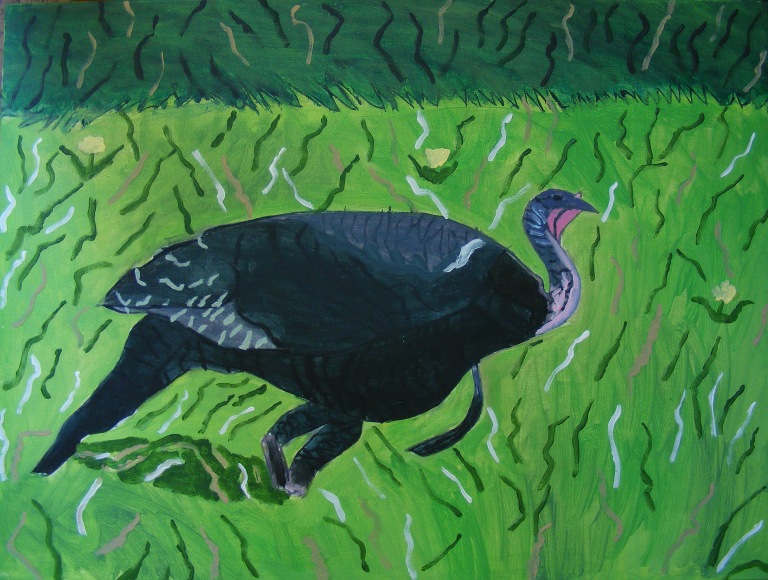 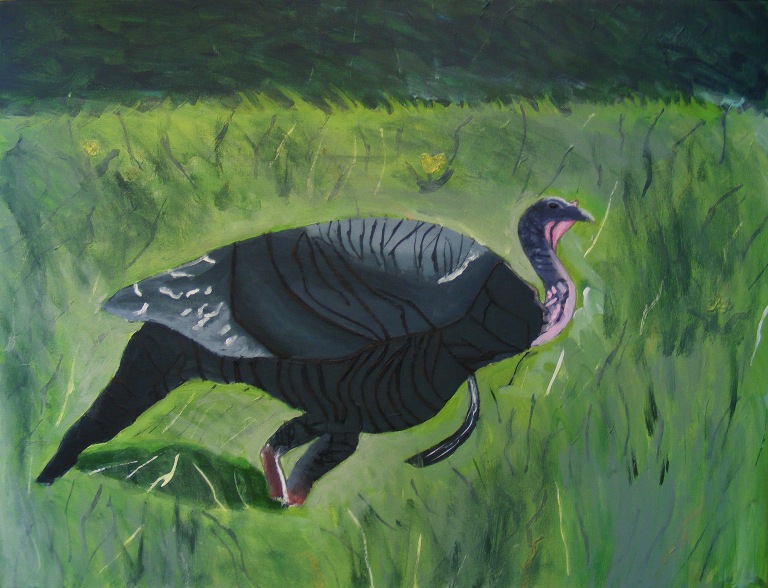 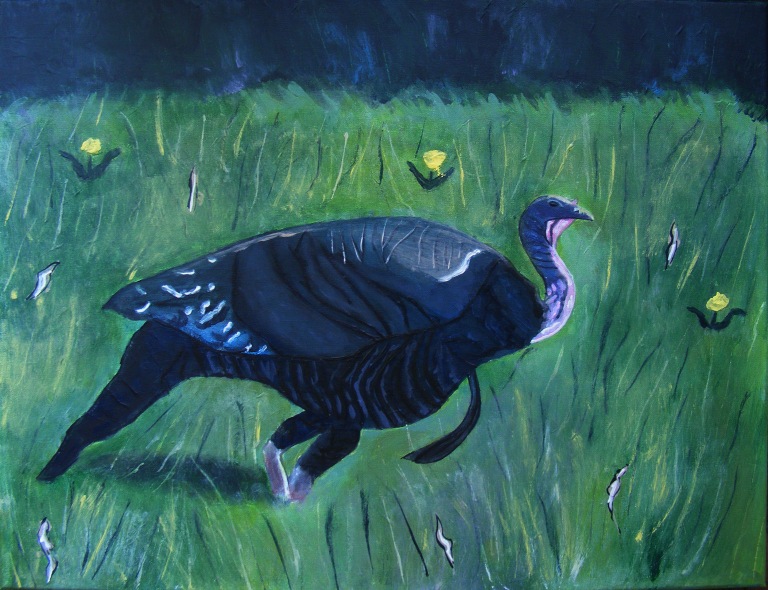 In this version I added dull blues and yellows so that it did not become too saturated. One problem with this photo is that there is a lot of glare which can make it difficult to see all the detail. In this version I am 15 hours into the painting.

In this version I thought the painting was done, I added brighter glazes to the grass, and more texture. In the bird I used several different shades of grey mixed with mixing white, titanium white, raw umber and phalo blue. Although at this stage I thought it was done,  I later realized how the shadows in the background look too uniform, as well as there being a lot of glare at the top of the painting. 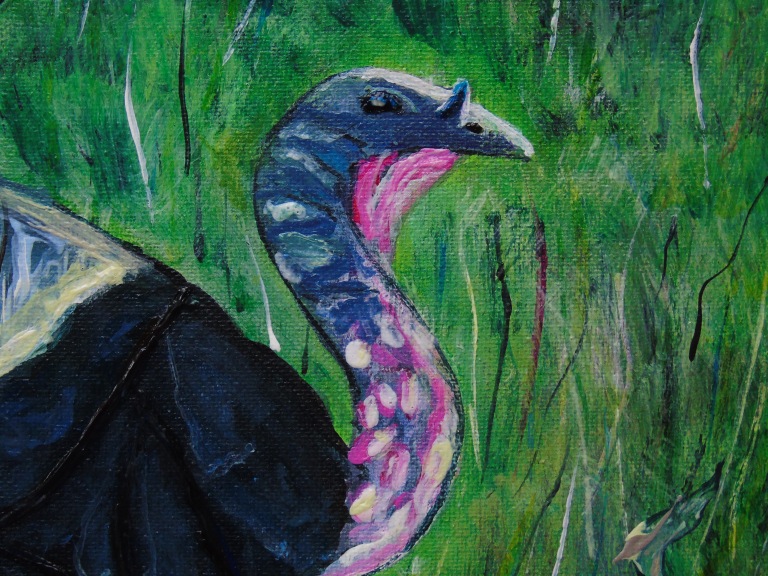 Here is a closeup detail of the painting, showing the neck and head.